Keri Blaskoski, with Sacramento County Department of Planning, Development and Review described current planning efforts along Folsom Blvd., specifically around the Light Rail stations at Butterfield and Hazel. She distributed a handout on the concepts. The County is planning for “Transit Oriented Development” (TOD) around the Light Rail stations in order to maximize Light Rail ridership. In concept, TOD amounts to higher density residential and mixed use (shopping below, residential above) development. One question is what this would look like in the BRECA area. BRECA’s input includes moderation of densities (on the order of 12 to 20 dwelling units per acre), parkland on site, “blend and meld” with existing development, and not over two stories north of Folsom Blvd. and three stories south of Folsom Blvd. The County is working on an environmental document for TOD around the Hazel and Butterfield sites. The County has just received a Cal Trans grant for the streetscape (see Jim Schubert, below). When the environmental document is wrapped up, the County will communicate with BRECA’s working group.

Supervisor Nottoli stated that he has been the County Supervisor for this area for 20 years. The supervisorial district includes about 300,000 people. County planning wants to be prepared for private sector and public sector investment as the area comes out of the recession. There could be more restaurant and shopping opportunities. He noted that the Board of Supervisors will consider an ordinance banning outside growing of marijuana. It will also consider inside growing and concerns of medical marijuana users. He stated that the County budget situation is improved, and no more layoffs are anticipated. In conclusion, he thanked BRECA and other members of the community for all they do to make the community a better place. (See also questions in item 5, below.)

Jim Scubert, Senior Landscape Architect for Sacramento County, described planned streetscape development on Folsom Blvd. around the Butterfield Light Rail Station. He stated that the County has received a planning grant from Cal Trans, which will be followed with additional grants for construction. This would include street lighting, runoff, and sidewalk projects. A small step now is to plant small trees along the south side of Folsom Blvd. between Butterfield Way and Bradshaw Road. Currently there are larger trees including oaks and walnuts that have to be topped because they are under the power line. The trees to be planted would be smaller trees, such as crepe myrtle, photinia and toyon. The problem at this time is lack of water; there is no budget to bring in water. Possibly they could do truck watering two or three times per week during the summer. They would like to do something quickly, e.g. within a month. Planting would be paid for by a County Road Fund, costing around $15,000.

Jerry Jaggers, with Friends of the Sacramento Public Library, polled the audience as to how many drove to the meeting (most) and how many people walked (two). He stated that it is a disgrace that there is no public transportation to the Rancho Cordova Library (the meeting site). Supervisor Nottoli responded that Regional Transit (RT) has had cutbacks over the last several years. With the budget improving, they are looking at re-establishing or re-configuring services. When light rail was extended from Butterfield to Sunrise, a station at Horn Road (opposite the library) was considered. However, it would cost about $ 1 million. Buses would be a more likely solution to the problem. Another audience member suggested a shuttle service that would run only when the library is open, on the hour or half-hour. Supervisor Nottoli stated that this was a good idea that he would take back to RT.

Another question concerned the status of The Landing, with approvals expiring and a permit for the drive-in theaters extended. Supervisor Nottoli responded that the state had extended the time periods for entitlements at the city and county levels. It is his understanding that Syufy (owners of the drive-in site) is talking with retailers, and is still committed to redevelopment of the site. He has no idea when the proposed project would break ground.

Another question was whether the designation of residential mixed use in the Folsom Blvd. plans means that the motels would be eliminated. Supervisor Nottoli responded he is aware of problems with the motels, and that if a more profitable project comes along, it could buy out the motels. However, there is no way to force out the motels.

A further question concerned safety on Regional Transit (RT). Supervisor Nottoli responded that he has heard many similar comments, and that RT is working on security issues with additional officers and cameras. He suggested that greater activity on off-peak hours would help suppress nuisance behavior.

Sergeant Dutra from the East Area Sheriff’s Office stated that he is the supervisor of the East Division Problem Oriented Policing (POP) unit. He stated that they receive many requests for help, so it may take a while to respond to calls: they have to prioritize. He noted that they are working with RT in Rancho Cordova and at Butterfield. He introduced officer Vitaly Prokopchuck, who invited questions from the audience.

There were many questions on a wide variety of topics from the audience and responses from Sergeant Dutra and others.

The first questioner stated that she had been calling on a problem house near their house, and had given the phone number of the landowner to the Sheriffs, and wanted to know how many times they had to call to get a response. Officer Prokopchuck responded that they can only do so much with landowners, and the questioner may have to consider a neighborhood lawsuit. Carl Simpson, chief of code enforcement for the County stated that if they get a call on a house that is “VOA” (Vacant, Open and Accessible) they can go out in three days and board it up. He also stated that they try to recover costs from landowners, and know there are problems with transients living in vacant houses. However, they do not do prosecution, and budget cuts limit their ability to respond.

Another person commented that they want to thank the POP officer for coming out and working on people raiding recycling bins. Sergeant Dutra commented that Officer Prokopchuck had come out and cited some people and warned another.

Another person stated that the house across the street from theirs has high turnover in occupants and had been characterized by a Sheriff’s deputy as a “meth flophouse.” She wanted to know what could be done to get rid of the problem. Carl Simpson responded that it sounded like a joint code and POP issue. Code would respond to multi-family issues in a single family neighborhood, while POP would respond to drugs. Officer Prokopchuck stated that they knew the house and had made an arrest there.

Another person asked whether better street lighting would help with problems in the area, and commented that there are no street lights in the eastern part of the Riviera East neighborhood. Supervisor Nottoli stated that it depends on when an area was developed. The standards were upgraded in the late 1960s or early 1970s. He stated that a low income area in the county had received a Federal grant to install streetlights. The project cost was about $370,000, or about $4,000 per streetlight. Sometimes an area can set up a local assessment district to pay for the work.

Another person asked about the hotels on Folsom Blvd. Officer Prokopchuck stated that they have been sending in officers on a daily basis. The owners of the hotels are very co-operative. They have provided lists of guests, and kicked out problem people. Another question concerned who issues vouchers for the hotels. Officer Prokopchuck stated that the State and County issue vouchers, and not all people who get vouchers are bad people. An audience member commented that, for example, if a person’s house burns down the Red Cross will give them three day vouchers. She suggested that maybe a group could be formed to work on the problems at the hotels, and talk with the owners.

Another person complimented the County for coming to pick up a big pile of trash that had been left outside of a nearby house.

The next meeting will be a regular Steering Committee meeting on May 27, 2014, at the Rancho Cordova Library 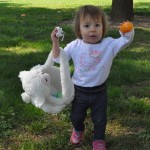 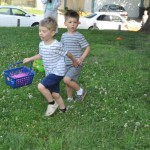 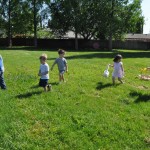 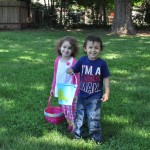 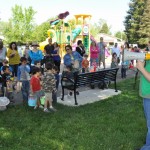 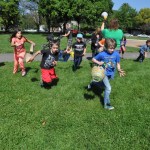 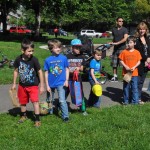 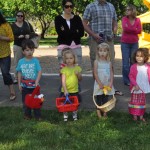 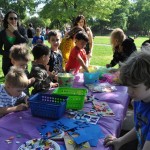 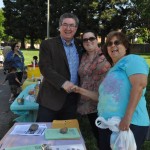 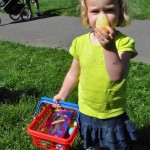 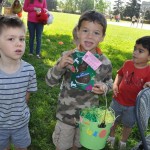 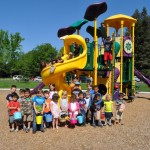 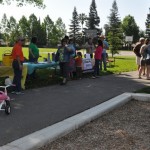